Amid the cute little kids in their funny costumes, this pleasant Halloween night there was a grown man in a suit at the door asking for candy. White shirt, red tie, gray pinstripe.

Not so scary, thought I.

“What are you dressed up as?”

“An auditor,” came the reply.

That’s not frightening, since I’ve been an auditor for a long time. But it did explain the old-style, standard issue uniform.

So, putting on my peer reviewer hat, I asked, “what audit work do you do?”

“Oh, only one pension plan….

END_OF_DOCUMENT_TOKEN_TO_BE_REPLACED

As I’ve mentioned here and here, I have reread my notes from several continuing education classes this year. Thought I would share a variety of stray ideas.

Probably need to note again that I have not gone back and read the original pronouncements supporting each idea and therefore I do not have a specific citation for you. (Reading three of the documents is the next step for  my writing project.)

I should probably throw in a disclaimer. All of the comments I’m mentioning were the opinion of the presenter, not the agency from whom the person was drawing a paycheck. That is why I’m not mentioning the names of the presenters, or even the CPE event. In addition, the rephrasing of their comments is my interpretation, not their words.

The FRF-SME framework is a non-GAAP alternative to GAAP. It is dramatically less complicated with the promise it will not be revised more often every three years.

END_OF_DOCUMENT_TOKEN_TO_BE_REPLACED

Here are a few of the comments from the May 24, 2017 Not-for-profit conference presented by California Society of CPAs that I thought would be of interest to others in the nonprofit community. Since all comments are the opinion of the speaker, neither their names nor organizations will be mentioned. The ideas mentioned can stand or fall on their own.

This is the first of two posts. The next discussion will address changes in financial statement presentation outlined in ASU 2016-14. In this post: tax, revenue recognition, and single audit.

END_OF_DOCUMENT_TOKEN_TO_BE_REPLACED

The 2017 risk alert for non-profits is available from the AICPA.

Highlighted updates this year include:

If you don’t feel overwhelmed, you haven’t been paying close enough attention to recent pronouncements. If so, the risk alert will help you catch up.

If you are feeling overwhelmed, the risk alert is a great first step in getting comfortable.

CCH (Wolters Kluwer) makes the material for some of its courses available for no charge.

If you want CPE credit there is a fee for grading the exam and awarding credit. However, if your goal is learning the materials are available gratis.

As I write this post, the following materials available:

END_OF_DOCUMENT_TOKEN_TO_BE_REPLACED

Looks like the coverage of the Wounded Warrior Project financial statements has blossomed in the last few days. I will discuss that coverage and then discuss WWP’s public comments. Will throw in a reasonableness test of the conference expenses for no extra charge.

One of the things I have learned through blogging is that when a big story breaks there will be a few major articles covering the issue immediately. Over the next several hours many media outlets will repeat the initial coverage verbatim. I think this is done by buying republish rights from the major wire services or major newspapers.

The more fascinating thing I have learned is that over the next several hours there will be dozens of papers and wire outlets who rewrite the initial coverage. It will be done under the byline of their writer and with their copyright.

Having observed this multiple times and having read dozens of articles of follow-up, I have learned the rewrite jobs rarely bring in new information. They merely rephrase and reorganize the initial coverage, with a reference or two back to the initial article. If that was the only thing you read, you would have the impression the paper did their own original research.

I did a search on the net for coverage of WWP and noticed several dozen articles out on the same day which were nothing more than a rewrite of the initial Washington Post and CBS stories. Maybe it has always been that way and I’m only now catching on. I do find it amusing.

Here is some coverage that goes beyond a mere rewrite:

1/28 – The Hill – Wounded Warrior charity pushes back against allegations of waste – Two of the major accusations by The Washington Post and CBS against WWP are spending $26M on conferences in total and spending $3M on a training conference in Denver. The overriding issue is essentially the same conversation about the functional expense allocation that has been in play for years.

END_OF_DOCUMENT_TOKEN_TO_BE_REPLACED

A running debate in the donor and nonprofit community is whether the ‘overhead ratio’ is a good tool to measure the effectiveness of a charity. There seems to be more discussion of the issue lately. Wounded Warrior Project is the focal point for recent discussion. A few articles of interest along with some background:

1/27 – New York Times – Wounded Warrior Project Spends Lavishly on Itself, Insiders Say – Tell me your thoughts on the ongoing conversations in the nonprofit community about overhead ratios and I will tell you whether you will think this article is a balanced critique or a hit piece.

END_OF_DOCUMENT_TOKEN_TO_BE_REPLACED 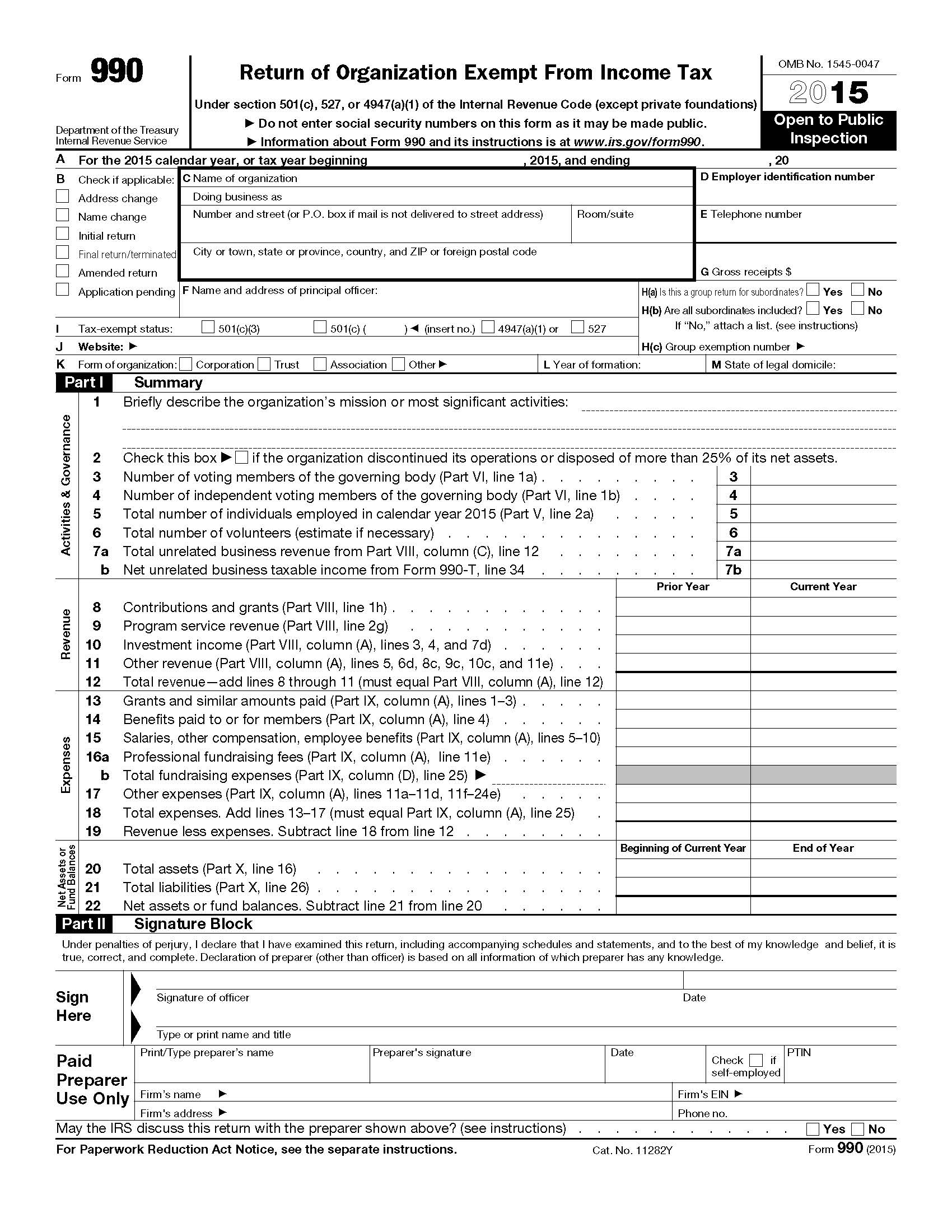 Sometimes there is a perception in the charity community that those pesky filings with the charity regulators are no big deal. Sometimes board members don’t pay much attention to the 990.

How can the AG of a state sue over a tax return filed with the federal government? Here is the path they take. They allege the one page RFF-1 was misleading because attached to the RRF-1 is the federal 990, which is where they find the information that they consider to be misleading. That gives the state grounds to sue.

The sobering lesson for CPAs who serve the charity community is the AG also sued the CPA firm. In addition, they sued the audit partner personally.

END_OF_DOCUMENT_TOKEN_TO_BE_REPLACED

I’ve dropped the prices for the print copies of my books available at Amazon, Barnes & Noble, and iTunes store.

Here is what you can find on-line:

Story of Scott London’s fall from regional audit partner at KPMG to prison inmate because of his insider trading.

END_OF_DOCUMENT_TOKEN_TO_BE_REPLACED What’s the difference between getting an audit, review, or compilation from your CPA firm? This short, 29 page book will help you understand.

This is a compilation of articles at my blog, Nonprofit Update.

The book is now available at Amazon.

Now available here in other formats:

Soon to be available at Barnes and Noble.

“Tragedy of Fraud – The Ripple Effects from Fraud and the Wages Earned” describes the tragic consequences from fraud.

There are ripple effects that spread out to harm innocent bystanders.  The perpetrator draws a wide range of well-deserved wages that will be paid in full.

The book looks at two fraud incidents to learn what happens after a fraud is discovered. One took place in a local megachurch and the other in the mayor’s office of a small city.

The book closes with a discussion of the fraud triangle. That’s the idea that three components need to be present for a fraud to take place – opportunity, motivation, and rationalization. There are steps an organization can take to reduce those factors.

You can find the book at Amazon here.

This book is a compilation of blogs posts that have been previously published at Nonprofit Update and Attestation Update. The posts have been edited slightly and reorganized for easier reading.

Major sections of the book: END_OF_DOCUMENT_TOKEN_TO_BE_REPLACED

There are three different levels of services you could obtain from a certified public accountant.  These are referred to as compilation, review, and audit.

Financial statements are presented on the basis of some set of accounting rules. This is referred to as the financial reporting framework.

The vast majority of the time, this would be a large body of knowledge that is called generally accepted accounting principles, or GAAP. Imperfect in implementation though it may be, the concept is that similar transactions will be recorded by all organizations in the same way. In addition, financial statements of similar organizations will actually look similar.

If there is some unique reason to do so, the financial statements could be presented on another basis of accounting.

END_OF_DOCUMENT_TOKEN_TO_BE_REPLACED

You could figure out how good a car is by looking at it from across the street.

Or you could look inside & drive it around the block.

Or you could take the car to your mechanic for a couple of hours to get it really checked out .

We can use that as an analogy of the differences between a compilation, a review, and an audit.