After shooting from 3.4% in February to 14.7% in April, the headline unemployment rate has dropped to 8.4% in August.

You will interpret the statistics as you wish.

Looks to me like people are slowing getting back to work after the shock of the pandemic and follow-on government-ordered shutdown of the economy.

There are six different measures of unemployment, each providing a slightly different perspective. Put them all together for a more complex picture the economy.

At the top is a graph since 2007 of U-3, the headline statistic, along with U-6, the broadest stat which includes discouraged workers, marginally attached, and those working part time because they can’t find full time work.

For a closer picture, focus in on the stats since January 2019: 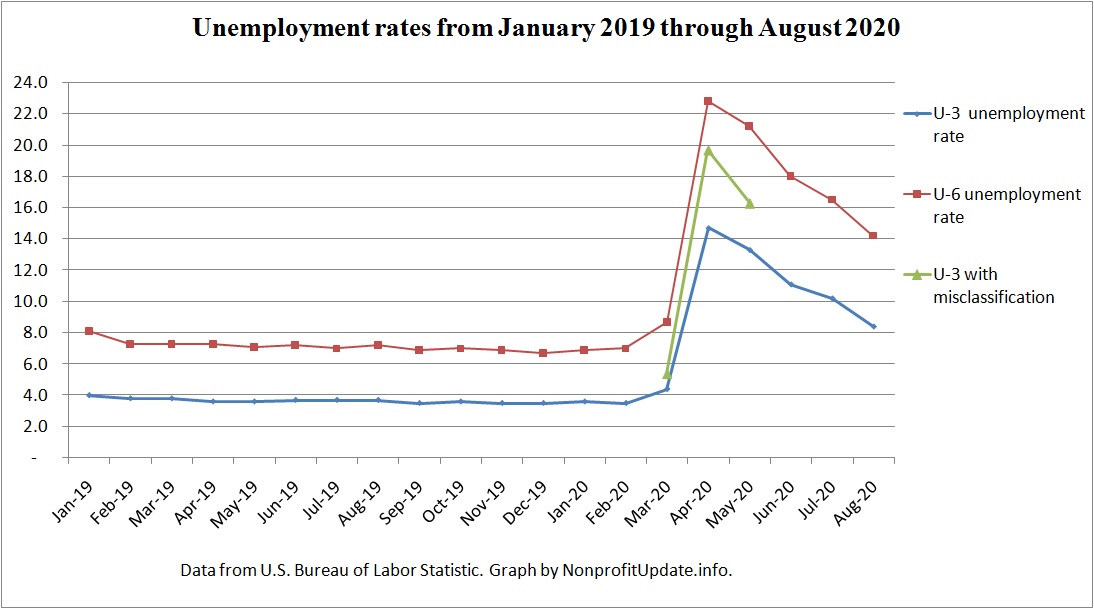 Here are the raw numbers for U-1 through U-6:

Explanation of the different stats: