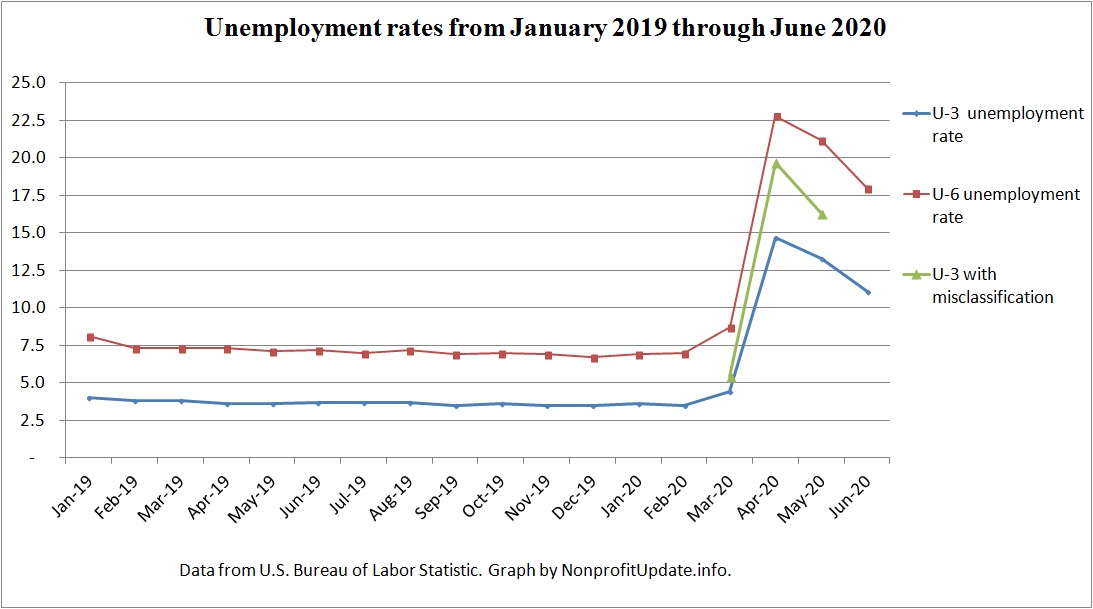 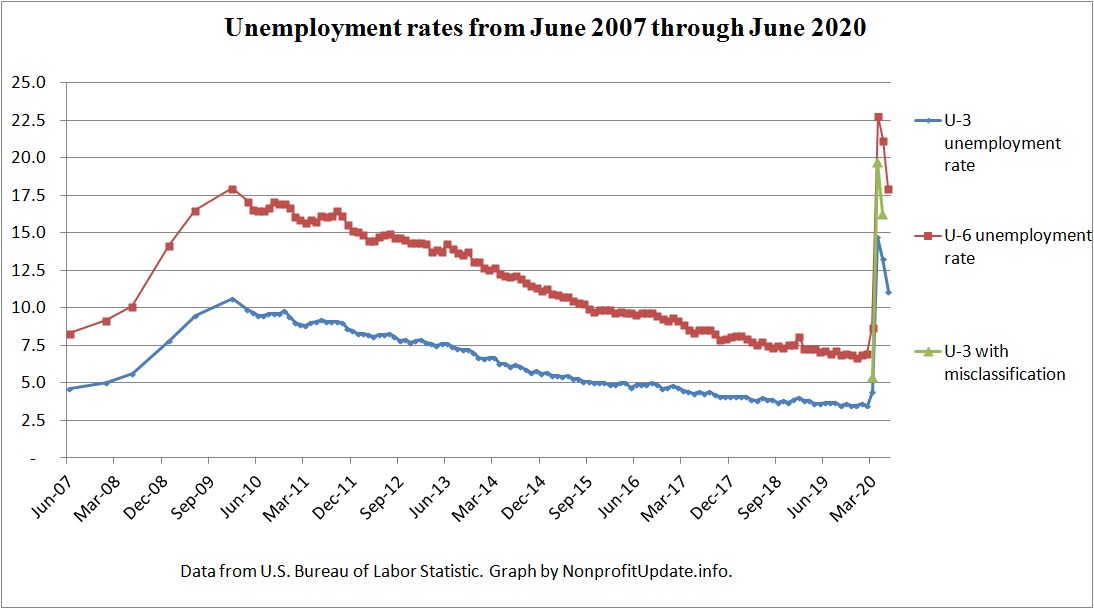 7/2/20 – CNBC – Record jobs gain of 4.8 million in June smashes expectations; unemployment rate falls to 11.1% – Incredibly and surprisingly, nonfarm payroll jobs rose by 4.8M during the month. The expectation had been only 2.9M. consensus was for a 12.4% U-3 unemployment rate instead of the 11.1% actual. Revised calculation of new jobs in May is 2.7M.

Putting the information together suggests the economy is likely making a rapid recovery.

Measures of unemployment in recent months

Official measures of the unemployment rate since the start of the economic shutdown:

Explanation of the Six Different Measures Of Unemployment used by The U.S. Bureau Of Labor Statistics:

The U-3 stat is routinely referred to as the official unemployment rate. That is the measure everyone talks about.

The graphs above include a third line, reflecting the number of people which are answering the Department of Labor’s survey in such a way that the department would otherwise count them is unemployed but the answer provided in the past has counted as employed.

As I mentioned before, the Labor Department reported that if the misclassification error were corrected, the U3 unemployment rate would increase by:

To maintain consistency in methodology, and more importantly avoid charges of fudging the numbers, the Labor Department has not corrected for the methodological error.